My print copies of Robots and Communication have just arrived here in Australia, so that is reason for more celebration, because it’s so good to see the physical book (even though I read so many things electronically these days). 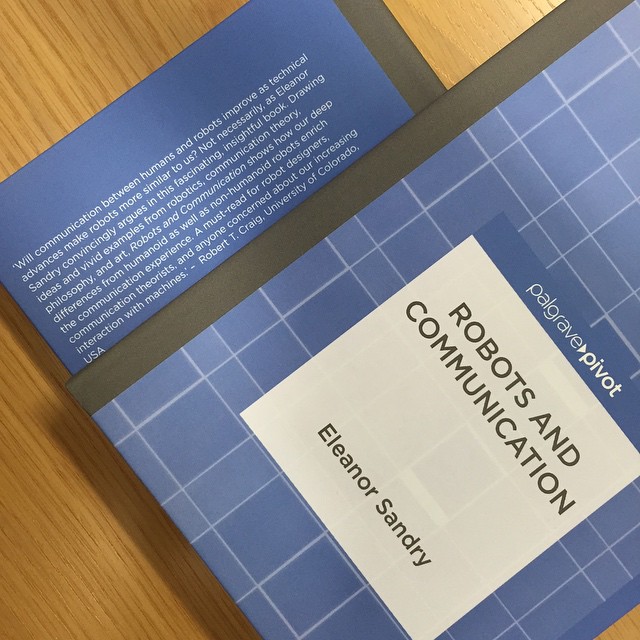 When I submitted the first complete manuscript of Robots and Communication to Palgrave the draft included epigraphs for each of the chapters (other than the Introduction). These were removed at the request of the publisher, because of the additional clearance that they might require. In fact, I think now that I could have argued the case, since these quotations were also embedded within the text of my book. Too late now. I do feel their loss and, since they were carefully chosen, I thought I’d share them here in a series of short posts, because they offer an alternative explanation for the structure of the book and the story it aims to tell. For completeness, I’ve added a suitable quotation for the Introduction as well, so I’ll start there…

[A]ll communication theories are mutually relevant when addressed to a practical lifeworld in which ‘communication’ is already a rich and meaningful term (Craig, 1999, p. 119).

There is a second point encapsulated in this quotation too, also of great importance to my argument, which draws attention to the richness that can be contained within the term ‘communication’. I’ve take particular notice of this idea when arguing for the value of nonverbal channels of communication, something that is relevant when considering interactions between humans and animals (as I do in Chapter 2) and between humans and non-humanoid robots (as I do from Part II of the book onwards).

Robots and Communication – The Book