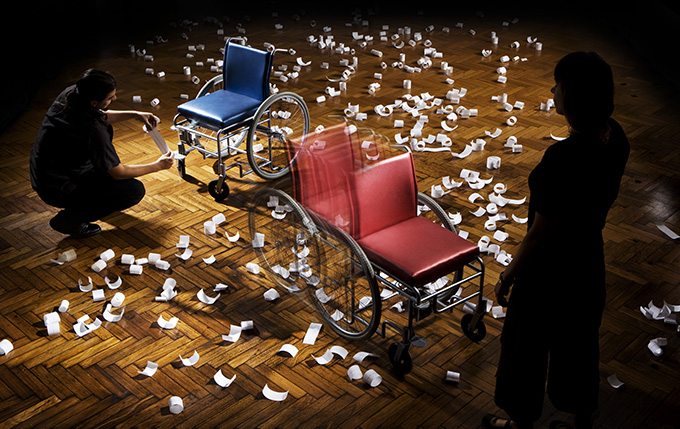 [A]ll actors become who they are in the dance of relating, not from scratch, not ex nihilo, but full of the patterns of their sometimes-joined, sometimes-separate heritages both before and lateral to this encounter (Haraway, 2008, p. 25).

The Fish-Bird Project is the second robotic art installation discussed in Robots and Communication. For this work, created by artist Mari Velonaki and roboticists at the Centre for Social Robotics at the University of Sydney, the idea of the encounter (discussed in Chapter 3 with respect to the ALAVs) is again important. However, an analysis of Fish and Bird and their interactions with each other and with human visitors also introduces ideas about framing with a back story, and the communication that occurs as people and robots move around one another. This ‘dance’ of interaction draws attention to the importance of embodied communication, which I have already introduced in Chapter 2 in relation to human-animal interactions.

Encounters with Fish and Bird demonstrate the way in which movement is assessed from a distance and also read when in closer proximity as a sign of intent and the emotional state of a character. The quotation from Donna Haraway that was to have been the epigraph for this chapter encapsulates both the idea of histories, back stories or ‘heritages’ and the new ‘dance of relating’ that mingle together in driving the unusual experience of communication that develops when people meet the robots in this installation. 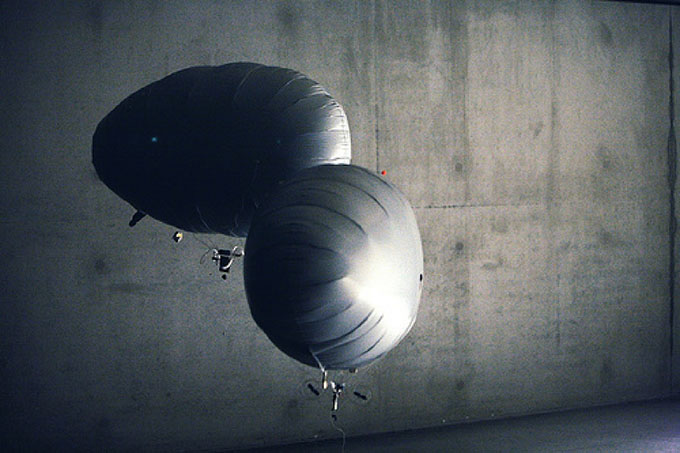 In this chapter, I introduce the first of the interactive robotic art installations discussed in the book. The Autonomous Light Air Vessels (ALAVs) are flocks of blimp-like robots. In the first version of the installation, these robots did not communicate using human language, although this capability was introduced in later versions. In all versions, the robots communicate through their movement, sounds and lights. In spite of their unusual behaviour, visitors to the installation can see how the robots appear to interact with one other, and are encouraged to interact with the robots themselves in various ways.

This chapter extends Emmanuel Levinas’ conception of the encounter between self and other even further beyond considerations of human-human interactions than David Clark argues is possible in his consideration of human-animal relations (in particular that between Levinas and other prisoners of war with Bobby the dog) discussed in Chapter 2. An encounter with the ALAVs is relatively easy to frame as an ‘adventure’ that involves a great deal of ‘uncertainty’ (Levinas, 1980 p. 120). Indeed, interactions between humans and these robots are excellent examples of encounters that bring self and other into proximity even as they remain separated by an irreducible distance (where this idea of distance in Levinasian terms refers to the difference between communicators more than their physical positioning).

This chapter therefore concerns itself with the initial moment when self and other meet, identifying the importance of paying attention and being open to the other’s otherness. This moment is described by Levinas as ‘the face to face’ although, as I explain, for Levinas the face does not need to be a physical human face, which allows me to extend this idea to a consideration of human-ALAV encounters. 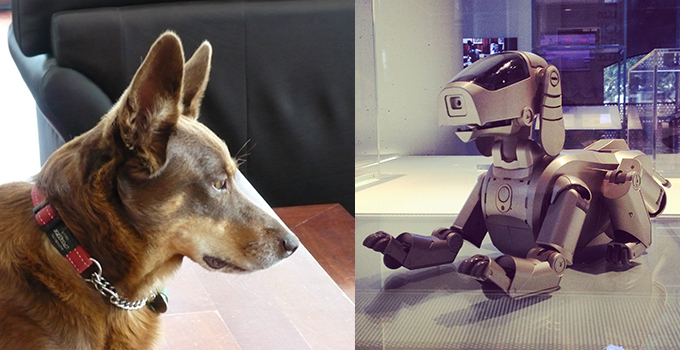 I realise that it might seem odd to move away from discussing robots so early on in this book, to talk instead about human-animal communication, but, as this quotation indicates, considerations of animals and their interactions with people have produced some of the most compelling arguments to take communication, and the relation that can develop, between humans and non-human others seriously. To make this move you need to extend the idea of communication beyond considerations of spoken language, to include the nonverbal, in the case of dogs, for example, so that you take communication involving barks and tails that wag seriously.

This quotation also raises another, more philosophical question, relating to whether non-humans can take part in ethical encounters. Robots and Communication doesn’t argue that robots are, or might in the future be, moral agents. Instead, the focus is on uncovering the ways that humans encounter robots, and in the process recognise them (often only for the period of interaction itself) as other beings, worthy of attention and an attempt to communicate. This is an important aspect of assessing why someone might decide to try to communicate with a robot, in particular over an extended period of time, whatever its form. 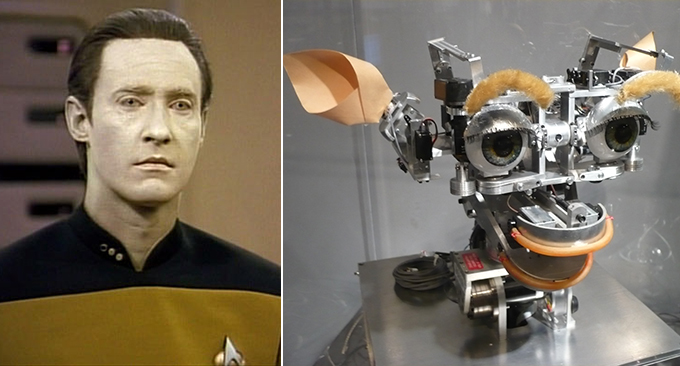 Ideally, robots (and other interactive technologies) could participate in natural, human-style social exchange with their users (Breazeal and Foerst, 1999, p. 375).

This quotation encapsulates the idea that robots designed to communicate with humans should be able to take part in humanlike social exchanges that seem natural from the perspective of human participants. Although Breazeal and Foerst wrote this in 1999, the idea that humanoid robots are preferable if human-robot communication is to be encouraged is still a feature in discussions about social robots (Dautenhan, 2013). In this chapter, I discuss a number of different humanoid robots in drawing out the ways that interactions between humans and humanoid robots are framed by understandings of communication that position the differences between communicators as a problems to be overcome.

The chapter then critiques these ideas, drawing on the work of John Durham Peters (1999) and Amit Pinchevski (2006) who both suggest that efforts to remove the differences between communicators are undesirable. While the reduction of difference is a feature of various communication theories, I argue that at times some differences are positioned as positive attributes within a particular context. For example, the difference afforded by Data’s lack of feelings (yes, I do discuss the character in Star Trek: The Next Generation) is regarded in a positive light, because it lends his communication a precise and logical edge that fits well within Star Fleet, an organisation that places great value on rational argument, logic and precision in deciding what actions to take or processes to follow.

Breazeal, C., & Foerst, A. (1999). Schmoozing with robots: exploring the boundary of the original wireless network. In Proceedings of the Third International Conference on Cognitive Technology (pp. 375–389).

Peters, J. D. (1999). Speaking into the air: a history of the idea of communication. Chicago; London: University of Chicago Press.

Pinchevski, A. (2005). By way of interruption: Levinas and the ethics of communication. Pittsburgh, Pennsylvania: Dusquene University Press.

Image of Kismet taken by Eleanor Sandry, with still of Data from an episode of Star Trek: The Next Generation (https://en.wikipedia.org/wiki/File:DataTNG.jpg)