Communicating with Robots and Bots

September 17, 2019 / Eleanor Sandry / Comments Off on Communicating with Robots and Bots

One the most enjoyable pieces of writing (and collating of research, videos, news articles, images etc) about robots this year has been my collaboration with Gwyneth Peaty to put together the Curtin Net3X MOOC Communicating with Robots and Bots.

The MOOC opens today. It’s self-paced and free to access, so anyone can give it a go to see if they’re interested.

Reasons it was fun to work on? Well, it was a great opportunity to set aside some of the formality of academic writing (not that I am that formal in many things I write) while still discussing my favourite topics, robots and communication. It was also good to be working with other people, Gwyneth on the actual course content design, but also the whole MOOC team at Curtin, who were excellent, helpful and made the whole thing a pleasure (in particular the video creation with Brendan, which is not something I feel that comfortable with, in spite of the fact that I’m automatically videoed every time I give a lecture).

As Gwyneth has reminded me, these are the robots that started our collaboration in many ways: 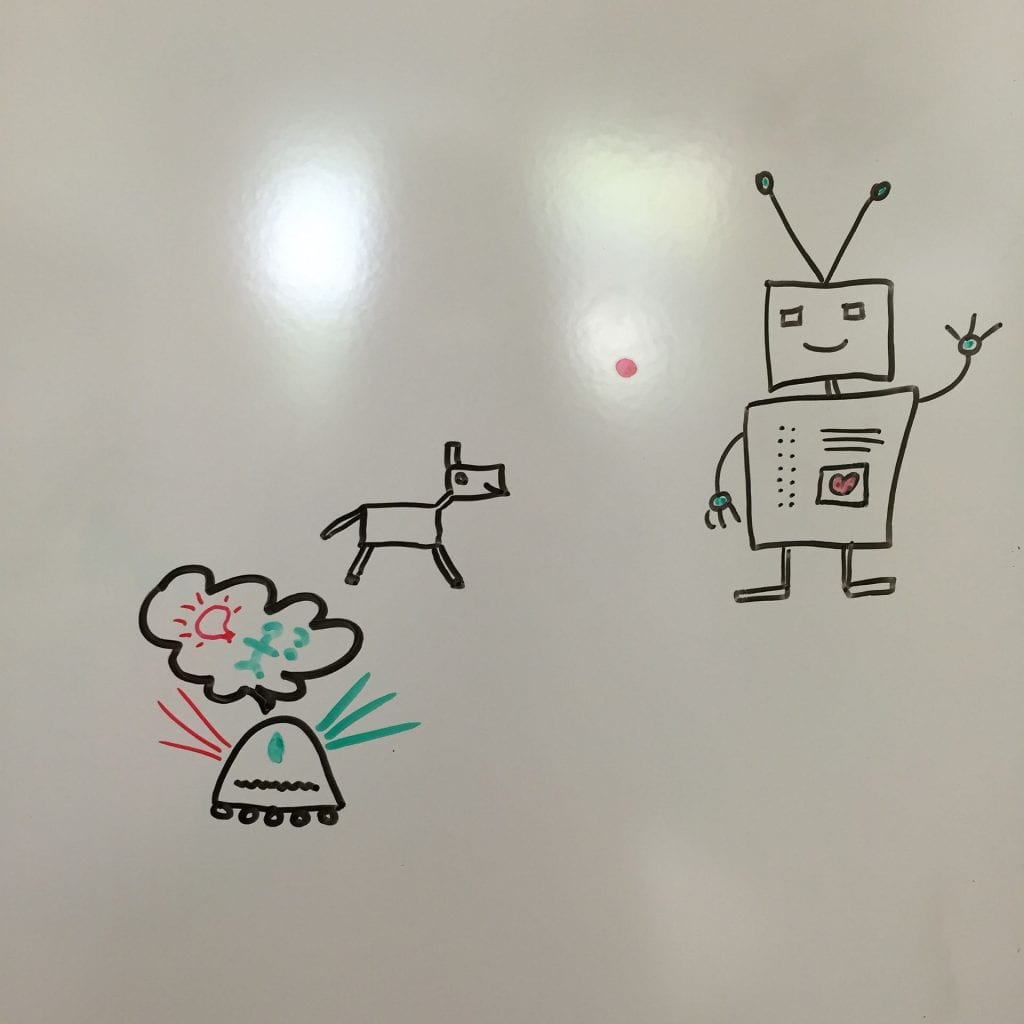 The humanoid robot is the first robot Gwyneth ever drew for me (I think). I responded with my non-humanoid robot and its thought bubble, “Why is that robot like a human?”. The dog (robot?) came along shortly after. They’ve been through a few changes, some of which you might be able to see in the sidebar posted through the robotothers Instagram account.

It would be great to see people try out the Communicating with Robots and Bots MOOC. I’d love to know what you think and if there are issues in the content just let me know and I’ll see what I can do to fix things. The main hashtag for the MOOC is #curtinnet3x, and there are some additional tags if you’re taking part and posting your ideas for robots, #net3xfirstrobot and #net3xfinalrobot.

2019 was going to be the year of my blog and my writing (big plans). I went part time on my return to work in January (big change). I had an extensive and complex spreadsheet planning method prepared by two weeks in. That spreadsheet contained all my teaching and research commitments for the first half of the year, subdivided into tasks with time estimates allocated to specific weeks. A pivot table on the next worksheet showed me how well my plans tracked against the time I had available each week on my 0.6 FTE.

I was prepared to document how I was going with this planning process, as well as other techniques I wanted to put into practice for managing my time and writing more, on my blog.  That didn’t happen.

Also, guess how long my use of that spreadsheet lasted. Go on, guess. I don’t even want to go back and check. Semester rolled around, teaching took over (even with my hugely reduced load) and I commenced operation “Fail to Write Research Until the Very Last Minute”.

Today I am going to institute a new mindset. Yes, I am writing at the last minute. Again. This time I am channeling some words from my golf clinic last night. 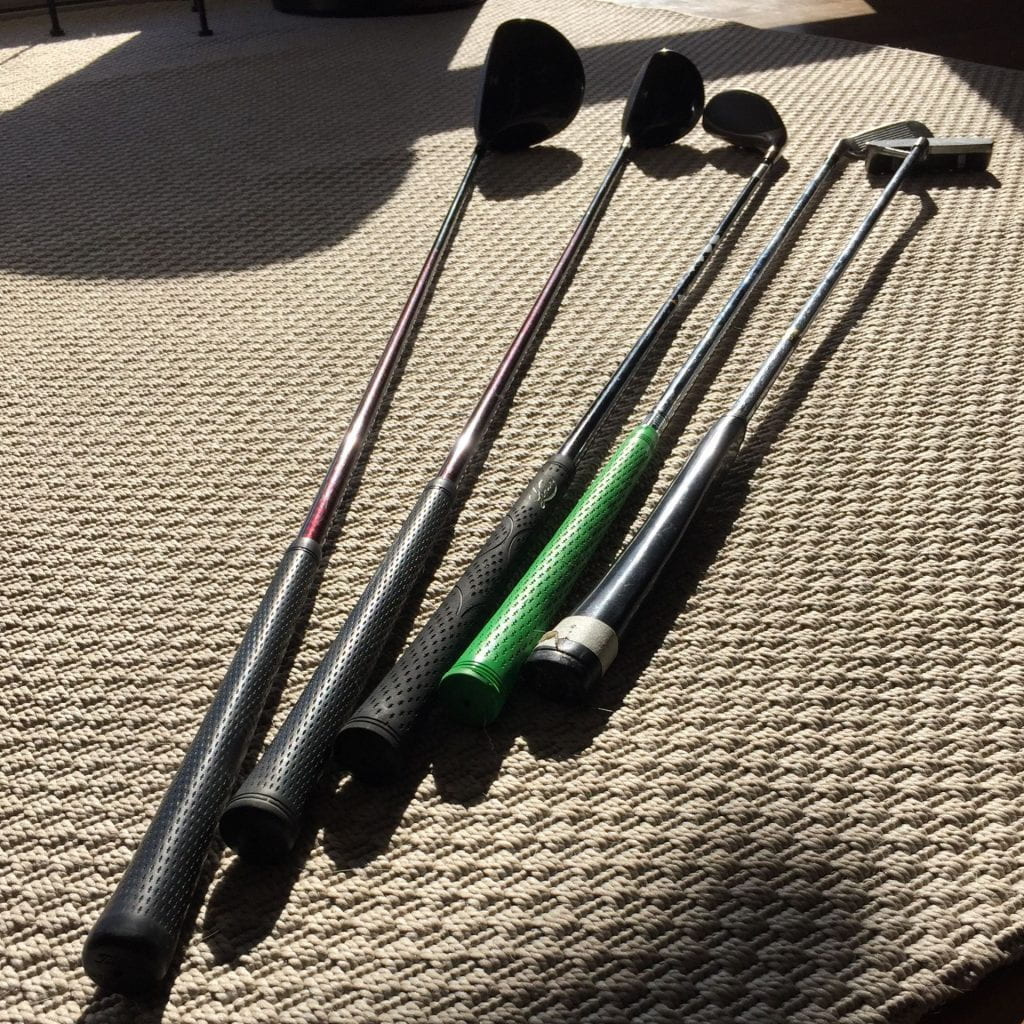 Don’t think about what you’re trying to do. Just think, “I’ve got this”. Take some time getting your stance right, whatever club you’re using, and swing.

This is remarkably similar to some advice given to me by one of my mentors, John Hartley, in relation to writing.

Returning to work and writing

January 18, 2016 / Eleanor Sandry / Comments Off on Returning to work and writing

I’ll complete the overviews of chapters from Robots and Communication later this month (or next), but for now I want to track a few other things, mostly for myself, but also for anyone else who’s interested.

2015 was a good but also a difficult year. My book was published, which was all that I had ever wanted to complete in life. I published an article in a scientific journal (from a humanities perspective), something that pleases me greatly. I edited and wrote a few more chapters and articles too. I also presented at a great conference, which provided the opportunity to meet and speak with a scholar whose work will likely influence what I write for the next few years. However, shortly after this my mum, who had been living with cancer for years (although for much of that time not knowing that it was just in the wings waiting to come back on stage) reached her terminal phase. I’m very glad that the flexibility of my work meant that I could be there for her, so that her final wish to stay at home could be realised, but it was difficult, and I am beset by sadness at some point each day. I struggled sometimes with our chats over the last few years, twice a week over Skype, but I miss the sounding board that she provided for my research ideas, however outlandish they might have been.

The three weeks of holiday I took over December was therefore much needed. I played games on the iPad, walked the dog, became much more serious about my running and didn’t touch work hardly at all. I recorded a few articles etc that I saw on Twitter for future reference, but nothing more than that. I needed a break, and this was the first time in years that I really allowed myself that. The return to work is proving… challenging, to say the least.

Don’t get me wrong. I have been working. Thinking, attending grant writing workshops and (thanks to running and meditation) maintaining a level of calm that I have never achieved before. Writing productivity, though, has been low in the last two weeks. Deadlines loom, and my writing mojo is just not there. In an effort to apply some of the hints and tips I give my students I have decided to try a number of well known ways to kick start writing (and hope to document the results here).

The first technique is to write anything at all. For example, a blog post. Job done. Has it helped? We shall see.

The second technique is to use pomodoros to get me started on more concentrated thinking and writing bursts. I have an app for that, which makes it easy to set up the intervals. Part of me would prefer one of those tomato timers (picture above), but it’s not really necessary! I also have two key tasks to focus on today. One is a book review. I have read the book and have some notes to work from (although not that detailed, I fear). The most important is an Expression of Interest for a grant application.

If I remember, I’ll add an edit later to record how today went.

In terms of progress, the EOI for the grant is done, from my perspective, but it turned out that I will have to submit late because I can’t get authorisation in time for the deadline (and apparently it is ok to be late, which irritates me because I find deadlines stressful and feel that I must adhere to them, particularly when it is an administrative deadline). The book review is now in progress. I transcribed my recorded notes, but that only gets me about half way through the book and already in too many words. I need to tighten up the review across all the essays.